Much has been written about the dark web; about the violence, the crime, the technology. When people picture the dark web they think of police raids, stacks of seized drugs and perhaps some cartoonish image of a hooded hacker in a dark room.

I believe the dark web is more than that. I believe the technologies & the people who combine to form it represent something bigger than the constituent parts.

As the cliché goes I can't tell you, you have to see it for yourself. This is the first in an unspecified series of works visualizing the dark web in a way you have never seen before.

Every day on Hansa thousands of dollars worth of drugs & other illicit items are traded. The transactions, as the latest OnionScan report reveals, can be reconstructed using some simple data analysis.

I took these transactions and the relationships between the buyers & sellers and with a little bit of math magic formed a flower. 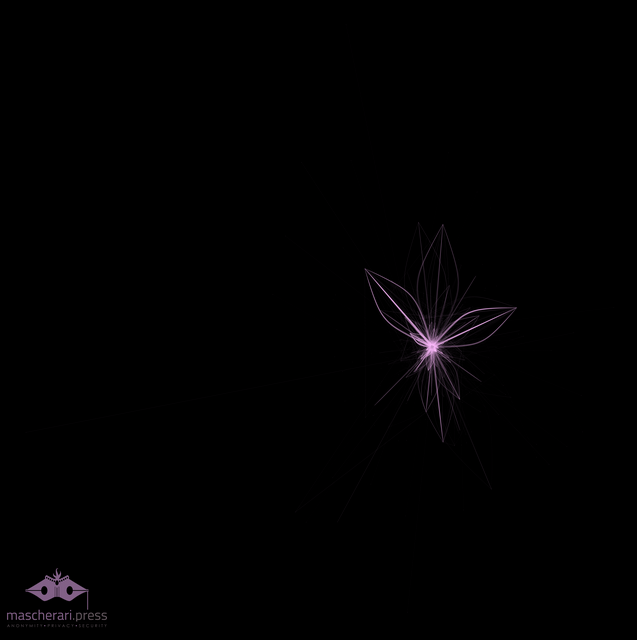 Each line in the image represents a single transaction on the marketplace. Where the lines meet at a point represents a vendor or a buyer. The more lines going to a point, the more that vendor or buyer has interacted with others.

The lines subtly change in thickness depending on the dollar amount of the transaction. You can see this more clearly in the closeup below.

Dark markets are seen as places to fear - but they also hold so much potential. In a world where governments have gained too much power over their people these markets can be seen as a way of taking back that power; to realizing consent.

I hope this has given you some greater understanding of the beauty inherent in the connections that underly us all. I hope to share more of this world with you in the future.