Welcome to the fourth OnionScan Report. The aim of these reports is to provide an accurate and up-to-date analysis of how anonymity networks are being used in the real world.

In this report we will analyze how https is being used (and misused) by onion services.

HTTPS is still very rare on the Dark Web. Only a handful of sites have an active https endpoint, and only a tiny fraction of those present valid certificates.

We show that certificates can be used as another Identity Correlation vector - and site operators should audit their configurations and certificates to ensure that they are not leaking private relationships.

A Note on Numbers

The lifespan of an onion service can range from minutes to years. When providing generalized numbers, especially percentages, we report approximate figures based on multiple scans over a period of time, rather than a single snapshot. 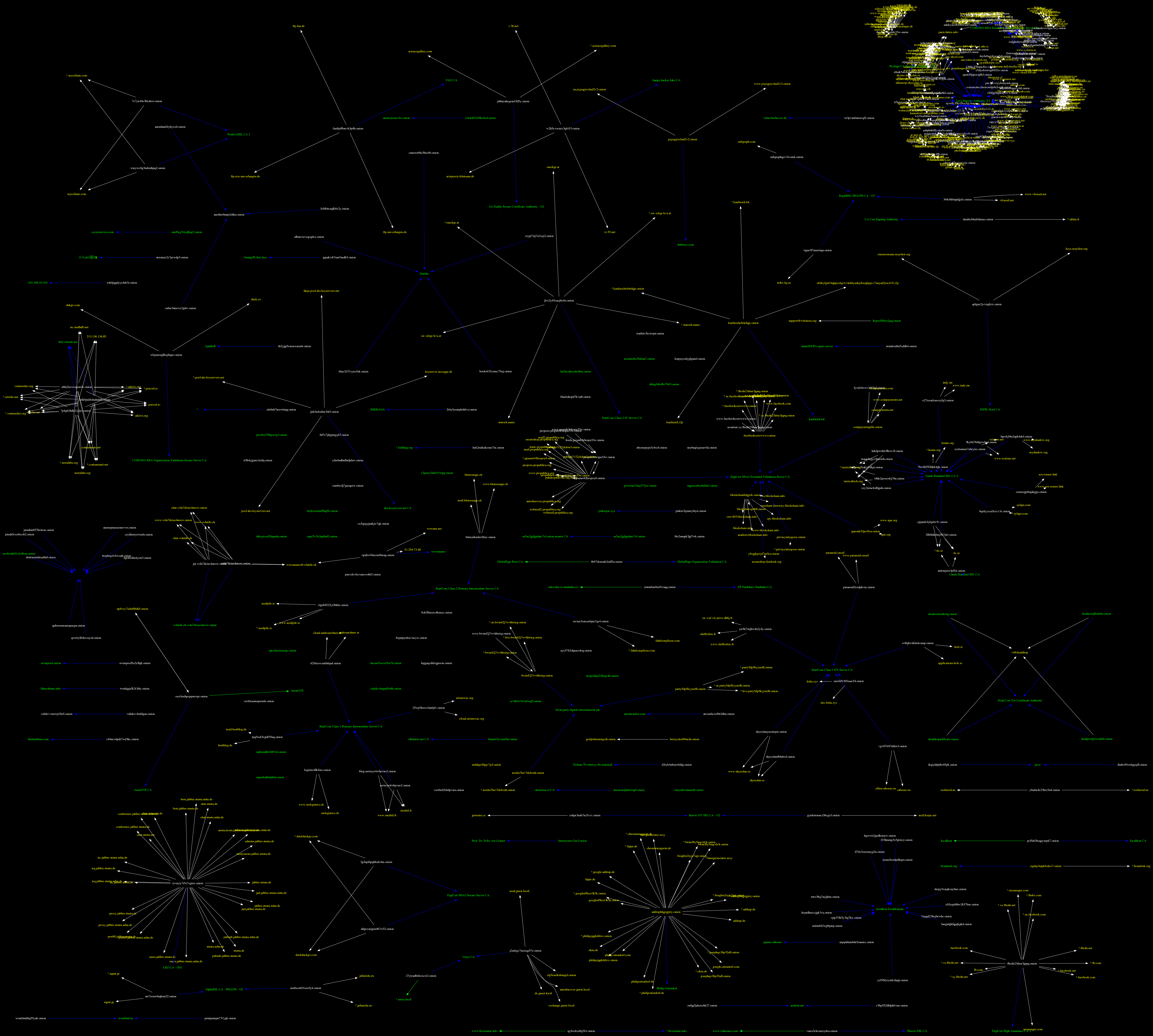 It is worth noting that many of the certificates returned are not valid. The majority of sites present certificates for other, usually clearnet, domains. The rest are signed by unknown certificate authorities and/or are expired.

The only valid certificates were provided the following organizations:

All valid certificates that we found were signed by the DigiCert certificate authority.

Fun Fact: The largest cluster in the image above (top right hand corner) are associated through the Let's Encrypt certificate authority.

By using certificates and their chains we were able to discover a number of identity correlations which were not detected using other methods. These correlations are summarized below:

There are also very strong indicators e.g. Certificates share and/or are valid for the same clearnet domains. This is an obvious identity correlation, though if present is unlikely to expose publicly unknown information.

Besides the obvious case that most of the certificates presented are not valid for the given onion address we noticed another interested pattern.

Many onion web sites serve different content on port 80 (http) than they do on port (443) - from the examples we have seen we believe this is due to co-hosting where port http is being forwarded correctly, but https is not.

We found 66 instances of sites exposing different content via http and https. Many of these were minor variations (e.g. a default directory index listing which included the port number in the page) - however there were many examples of sites exposing completely alternative content, for example:

It should be clear that while it is not common, there are many instances of server configurations centered around https that may lead to site discovery or even deanonymization.

If you would like to help please read Sarah's post OnionScan: What's New and What's Next for some great starting off points. You can also email Sarah (see her profile for contact information).

Goals for the OnionScan Project